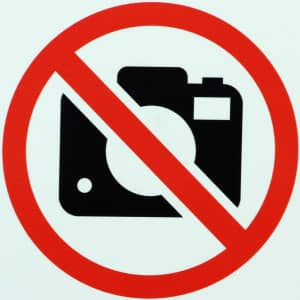 Last Saturday I was at a mall in South Delhi with my beautiful wife. We were in one of he apparel shops where she was checking out some cure cloths and I was wandering around doing the husband thing which would be to feign interest in the said cloths. At one point I realised that a few set of eyes were constantly following me. I saw that for some reason I was the centre for attention for 2 girls. Now I have a beard. Not a stubble a full grown-ass beard which is worthy of attention from all friends and foes alike. I am used to it. After some time one of the girls covertly (she tried but i saw) took a few pictures of mine. I noticed but IDWAF so I moved on. At the time of checking out one of the girls was within an earshot and was speaking to someone. As it turns out apparently I looked like that some someone and he was being duly informed that his doppelgänger has been spotted (she actually used the word duplicate but ugh..) and she will share the pics shortly. Now that the story was clear to me I still did not have any fucks to give so I moved along with wifey to the next stop. Later that evening as we were having dinner and discussing the incident we had a major realisation. What if it was the other way around? I, a male, would have been caught taking pics of some female secretly. I can easily imagine the viral videos shared on social media with heading like “_Two girls were out shopping happily, you would be shocked to see what this pervert did_” or “_These brave girls caught a perv secretly taking their pics. What happened next will surprise you_”. You all would have shared the video praising their heroics and cursing my mere existence. But what about my sensational headline? Now you can say I could have confronted them but even you know the outcome that would have brought. Nothing would have come out of it rather they would have turned it on me for falsely accusing and harassing them. Because women empowerment. It is a strange and scary realisation that I being a male have absolutely no rights when it comes to privacy and harassment.

For what it is worth it is not new for me that people tell me that I look like someone they know. Some 2 weeks back I was out with a friend when 2 guys came to me and told me that i looked like one of their friends and if they could take a picture. I happily obliged and posed for them. I would have done the same for these girls as well if they had only asked. After all who would not want to be photographed by 2 girls in front of his wife :)

« The T-Rex guide
Being average, unicorns, success, and happiness »