This is going to be a rant post about how @Zomato service and customer care royally screwed me over Wed night. You have been warned. I wanted to initially make this a twitter rant but this got way to long for that. Also, I want this post to reach Zomato CEO Deepinder Goyal so please share. And yet that’s a clickbait title. I am salty; deal with it.

I was working late this Wednesday (23 Nov 2016) with a teammate and the client. Around 10 PM we decided to order food since it seemed like we were going to pull a late nighter. It was decided that butter chicken and roti was to be had. I quickly opened Zomato Order and found a decently reviewed nearby place named Sighri. The order placing process was complete by 10.27 PM (ref attachment). Now Zomato has this process of order acceptance in which only placing the order does not guarantee food but the restaurant has to accept it. Which Sighri very graciously did and I was informed that the order will reach me by 11.22 PM. (ref image). 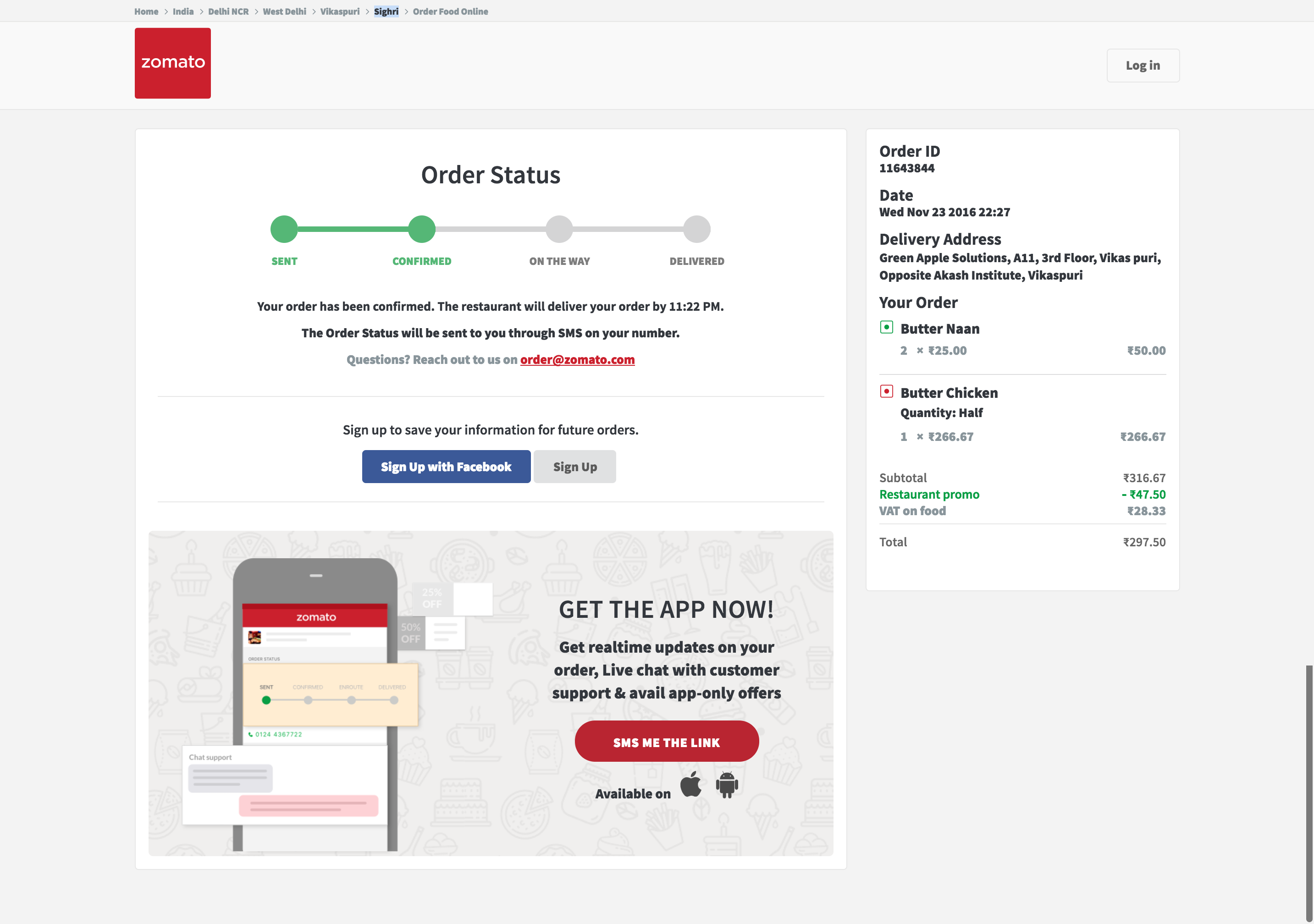 Now 2 points to be noted here

At 11.30 PM when hunger was becoming a major roadblock in work I decided to call the restaurant but was not picked. Tried again and got no response. Time to call Zomato. I was connected with a guy named Keshav (name important because I want this to escalate and reach him somehow in the form of repurcussion). I stated my problem and was promptly put on hold as he wanted to speak the restaurant himself. They did not take his phone as well. He promised me a callback and asked me to be patient. He calls back in a few minutes and informs me that the restaurant closed at 10.30 PM and he is issuing me a full refund. That’s all. At this point, it’s easily past 11.30 PM. He did not have any solution or alternative. Just take your refund and fuck off to our site and order again. I know now that Zomato does not give 2 fucks about their customer but I do and my client was sitting in front of me, hungry. I told Keshav that I did not want a refund and he should now make an order on my behalf at another restaurant. It is not a book or a piece of clothing that I ordered whose cancellation or delay does not affect me. This shit is time sensitive. I was told that “our system does not allow us to order on your behalf”. No shit!. I was told to go back to the site and find a restaurant and order again. I was pissed by then. I told him that he will now tell me the restaurant to order from because I am not wasting any more time researching food. Now Keshav, the great customer support executive that he is, started naming me restaurants that he claimed to be open at that time and I would reply with “Your site says closed for online order”. This happened for 4-5 restaurants. I told him categorically and clearly that he was not being helpful. At this point, Keshav decided that he had had enough of my shit and simply hung up the phone. 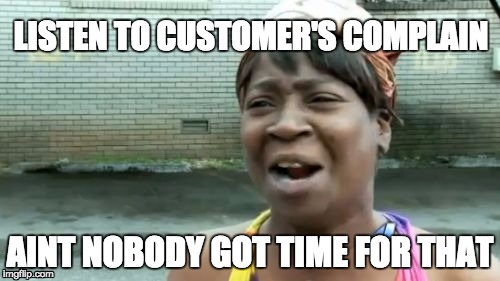 Dear Mr. Deepinder, I realize that losing one measly customer like me to Swiggy / FoodPanda is not going to affect you even a bit which I can clearly see in the work ethics displayed by your team. The escalation and the actions to be taken against the actions which were a prominent part of Keshav’s script are never going to happen and I am aware of that. A few days back you were fighting with Vijay Shekhar Sharma on twitter about “user experience”. Please don’t preach what you don’t follow. My issue is not with the occurance of this incident but the fact that nothing happened after that. In the end, it was PayTM that came to our rescue when we somehow found a place open nearby and paid with PayTM. You, sir, were not helpful at all. Also please refund my money.