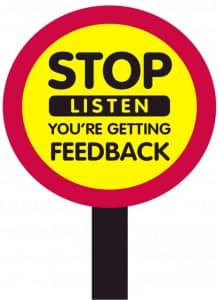 There have been a few instances in recent times when some of my colleagues (employees actually, but I don’t like to use the word employee) came to me and expressed their desires to quit. Now that is nothing new. People quit/move all the time. But what is important here is the reason they gave me. Sir, I don’t think I am cut out for this. The first time I heard this I simply had no response. I had never anticipated such a thing ever and was literally not prepared for such a moment. You do not know what to say to such a person who thinks that he is not good enough for you and wants to quit. On one hand you appreciate the fact that the other person has realized his shortcomings and was man enough to accept them. On the other hand you feel confused as to what you have done wrong that such a feeling has crept into his mind. Were you not a good boss? Were you not helpful enough or were you able to make enough time for him so see where he is stuck? Was there a lack of feedback from my part or was I not clear? Hundreds of such questions would cloud your mind in that one moment and you would not know what to do. I was taken by surprise when this happened to me the first time but when it happened again I came to terms with the fact that as an entrepreneur leading a relatively big team it is my responsibility to manage and maintain the morale of my colleagues. I do not think I need to tell anyone how taxing a new entrepreneur’s life is. Yet it is important that you take out time to interact with your team and make sure that everyone is comfortable with their positions, roles and responsibilities. Just like for a car, feedback is a very important aspect of an entrepreneurial system. We usually give more importance to the customer feedback but we should pay attention the employee feedback as well. I have mentioned in my previous posts as well that a business or a venture is only as good as the team behind it. And to keep a happy team it’s important that you keep yourself aware of their individual states of minds and give constant and honest feedback. The annual appraisal feedback is simply not enough. If your team preforms good, tell them. If they suck, they need to know that as well. If someone is feeling out of place, it is your responsibility to make sure that you clear their minds of all/any doubts and my personal recommendation is that it would be better if you realize this before they come to you. Entrepreneurship is a new road for me and I know one thing for sure that if I want to go far I need my awesome colleagues with me.

As for these colleagues who came to me, I was able to talk them out of their doubts by telling them that I had faith in them and they should not feel that they are not performing. I appreciated the fact that they came up to me and was pretty vocal about it. I reassured them that I care about their growth as much, if not more, as they did and I would be the first person to let them know if I ever thought that they were not performing. I am happy that I was able to figure out a way out of this issue and proud of my teammates for their courage. If you too have a similar experience or want to share your views about mine, feel free to drop a comment here.