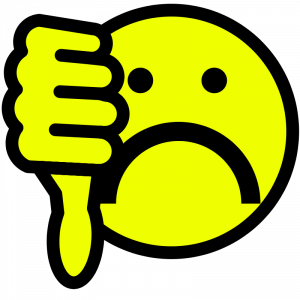 If you follow some startup communities or have a social circle which has many entrepreneurs almost every day you will be exposed to new and fresh products or services or apps that beg for your feedback and support. It could approach you directly or could be as simple as a Facebook post or tweet introducing a new “idea” and asking for feedback. Now it is not possible that you are positive about absolutely everything. Yes you can find positive things about the product/idea but that everything that you will come across will be good reflects poorly on your choices/thinking more than it does on the ideas that you see every day. Even then most of us do not share the negative feedback. Even if you feel that the idea is “stupid” (I know it is a harsh term but I will be lying if I say that this has never come in my mind when seeing a new startup) you will most likely not say it for the fear of being labeled a closed-minded pessimistic naysayer. Even when you can clearly see the poor build quality, extremely bad choice of technology and design and even platform, not a word is said to the fellow entrepreneur other than congratulating him and wishing him luck. It happens every day when I see such posts where fellow entrepreneurs, even the seasoned kind, will praise the lefts and rights of the product or if nothing the entrepreneurial spirit of the person completely neglecting the elephant sized problem that they identified within the first 5 seconds of seeing the product. Is the fear of being called a negative guy that big that you do not point out that appalling font that the developer entrepreneur has used?

I have taken a lot of flak a lot of times for giving the most direct and cruel feedback without any sugar-coating or even a single word of praise. Most of the new entrepreneurs thank me but it is easy to figure out which ones are pissed with my lone critical comment in the deluge of praises and good wishes. And yet I continue to do so. For I know that by not doing this I will be doing a disservice to my fellow friend who will never even know what he did wrong. If I give him validation just because he seeks it and I don’t want to “sound rude” would mean robbing him of the opportunity of improving himself. But most importantly I do this because I want this done to me. I like to claim that I am where I am because I made mistakes and then took lessons from those mistakes. The process of finding these areas of improvement becomes even more efficient if you point out my mistakes as soon as you see them.

Trust me; it is much better and valuable than the pat on the back.